Life in the Bush by Adventure Overland 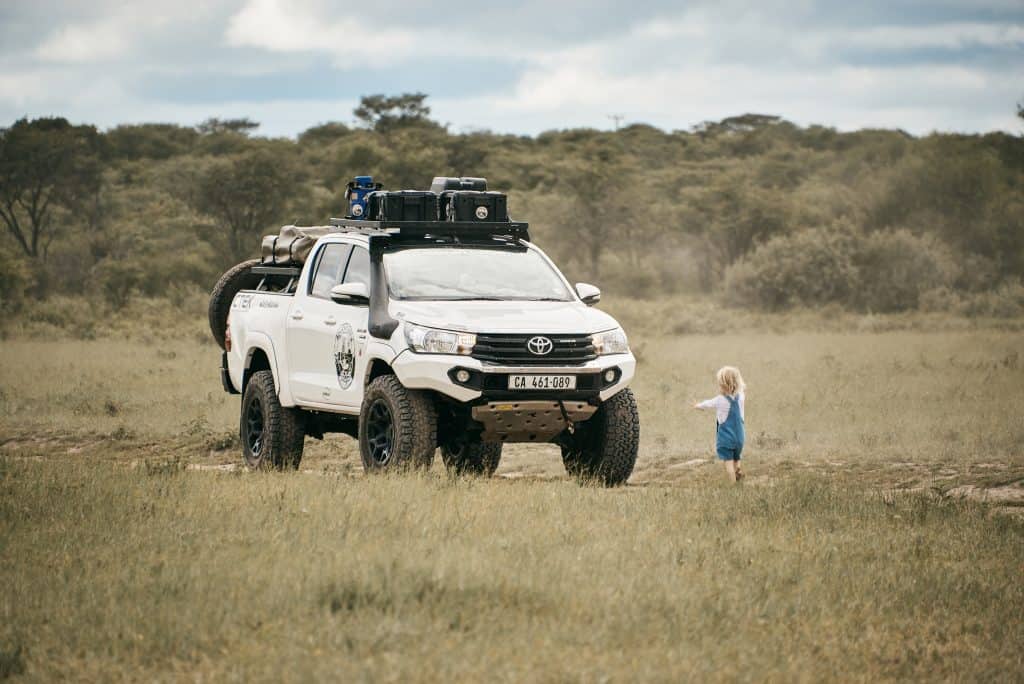 Life in the Bush by Adventure Overland

It has been about a year since we decided to pull the plug on living in South Africa. As a family we decided it would be best to leave everything behind as we knew it, and move to Botswana to purse a life of nature and the outdoors.
Botswana, like any other country in Africa, has its challenges ,but makes up for it in spectacular ways. Beggars in the streets of Cape Town were now replaced by donkeys and goats, and amazing game reserves were now at our fingertips!
We’ve managed to check out some pretty awesome places since we’ve been here. We’ve also watched the season turn from crazy amounts of rain, to a bone dry climate that’s turned mud into dust. Gaborone being the capital city is situated very close to the South African border, but also sits relatively close to some amazing game reserves like Khutse, and the infamous Central Kalahari Game Reserve.
Our first outing as a family took us three hours north of Gaborone, to Khama Rhino Sanctuary. KRS was established in 1989 in order to give our Rhinos a safe place to breed and live under the watchful eye of the Botswana defence force. During the summer months the rain comes and fills the beautiful pans with water. The whole park turn into a bright green oasis for all sort of animals like, Rhino, Giraffe, Zebra, Kudu, and many more! We loved it, parked off on the edge of Malema’s Pan sipping on a cold gin and tonic as the kids sleep in the back seat!
We recently took the opportunity to head to Northern Botswana as schools were closing which gave us the freedom to go!
We started by doing the CKGR eastern cutline. This was certainly not for the faint hearted, or inexperienced. The day awaited us with 300km of deep sand and extreme concentration. To do this you must be absolutely and completely self sufficient, as you will not see another human for a good 6hours! We arrived at the end of the cutline by Matswere Gate (CKGR) and turned into Rakops to regroup and top up on fuel! Our next step was to find the Boteti River ferry in order to cross the river into the Makgadikgadi Pans National Park. The ferry was a very cool experience as it was hand drawn and not powered by motors. The only other place i’ve seen something like this was in Malgas in South Africa, before the hand drawn ferry was replaced by a big modern one.
As soon as we crossed into the Makgadikgadi Pans National Park, we came across massive herds of zebras, maybe 100 at a time, if not more. Along the river bed were herds of elephants grazing in the trees. A truly spectacular sight.
We set up camp at Khumaga which was absolutely spotless and very well run!
The following morning we packed up early to make a quick coffee and feed the kids before driving off into the sunrise. We decided to take a track along the Boteti River. It was absolutely stunning and we were greeted by hippos and many many zebras. Luckily for them no crocs in sight. We decided to keep heading North and exited Makgadikgadi Pans National Park via Phuduhudu gate and into the Nxai Pan National Park. This continued for the next 10 days as we adventured through Botswana getting as far as Maun! If you’d like to follow our adventures, please give us a subscribe on Youtube at Adventures Overland 4×4. We also run a popular instagram page (@Adventure_overland_4x4) where you can check out all of our awesome content, as we base ourselves in Botswana, and live life to the beat of our own drum!